Diversity and the music of our ancestors: an interview with Dr. William Chapman Nyaho

I first met William Chapman Nyaho at an adjudicator's conference in Washington State I felt I already knew him; we'd heard of each other for years through our mutual friend, harpsichordist, pianist and instructor, Peter Brownlee.  As per Peter's prediction, Nyaho and I connected immediately through our interest in new music, cooking, literature, and (of course) our friendships with Peter.  Several years, a shared performance, countless emails and phone calls later, I'm honored to interview him for No Dead Guys and to have his friendship, humor and nobility in my life.

You were raised in Ghana and hold degrees from St. Peter’s College, Oxford, Eastman School of Music, and the University of Texas at Austin.  Your performances span the globe, and your recordings span the piano repertoire.  How has your international life contributed to how you interpret the music you play?

That’s an interesting question! I think from time to time I will have a piece I am working on that will remind me of some Ghanaian music and would spur me on to interpret it in a particular way. Case in point, Ginastera’s sonata.  I may feel it in an Ghanaian way of call and response in the first movement, or not play the last movement at breakneck speed but use a tempo akin to the Agbadza Dance from my father’s ethnic group!

You are one of the most natural (and charismatic) pianists I’ve ever worked with or had the privilege of watching perform.  What drives and shapes your musical instincts?

Awwwww you are too kind….what drives my musical instinct is form, the drama in the unfolding harmony and melody, and also rhythm! Collaboratively, it is the interplay of two minds, calling, responding, finding unity and being playful! I thus have so much fun playing with you because you do that!

The late American poet, Maya Angelou not only wrote the liner notes for your first CD, Senku: Piano Music by Composers of African Descent, she was a personal friend of yours.  How did you meet her and how did her presence in your life affect your music?

Dr. Angelou lived in Ghana in the 60s and was very close to family friends of ours! Decades later, I was a Visiting Artist in North Carolina and my college encouraged me to invite Dr. Angelou to my recital. After a lot of persuasion ( I was shy ) I called her office, the gave me her number and she answered the call. She was so kind and invited me over to her house! Met me at her door, gave me a big hug and asked me to call her Auntie. She considered me as one of her chosen nephews! I learned so much from her about what it takes to be an artist, she was so generous with her art and it encouraged me to play more,to be more generous. She taught me to go onstage with my loved ones as I prepare to play. I could call her for a reality check anytime. She would either encourage me or be really plain, frank, honest with me to just ‘stop it’ if she thought I was entering self-pity mode etc. etc.--too many wonderful instances of her mentorship to mention here! I am indeed grateful. In reference to her writing the liner notes to my CD, I had called her to let her know about my upcoming CD and she was so thrilled. I casually mentioned how hard it is to write the liner notes….her answer “I’ll be delighted to write it for you” … tears of gratitude….i just feel so forever blessed by having had the fortune of knowing her!

I am thrilled these CDs have been able to create an appreciation for music by composers of African descent. Since the release of the CDs, I have had the fortune of being invited to colleges and universities and concert series to play this repertoire, give masterclasses on music from the anthology and hopefully encouraged people to seek it out!

Much has been written over the past several years about the lack of diversity in classical music. Through your recordings, anthology, lecture-recitals, and performances, you’ve expanded the repertoire and introduced new, non-European voices to pianists and listeners.  How have your efforts been received?

What else needs to be done to help make classical music more global?

Accessibility of classical musical scores and sound recordings to all parts of the globe…and I include the availability of scores by composers of colour being accessible in the West and being taken seriously!

Which of your many accomplishments are you most proud?

I guess my CDs and Anthology

What current or future projects are you most excited about?

I am presently most excited about the release of Kete.  It has been a project that has been long overdue. Piano teachers have been wanting to get sound references to the first two volumes of the Anthology to be able to know what assign students. So far, the feedback has been wonderful!

What advice would you give to young pianists just starting a career?

I encourage young pianists starting off on their careers to explore and celebrate their ancestry by searching for composers from their background to diversify and expand the canon.  Perform music from all parts of the world. 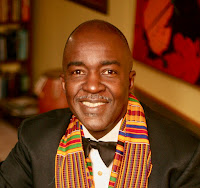 Dr. William Chapman Nyaho earned his degrees from St. Peter’s College, Oxford University, the Eastman School of Music and the University of Texas at Austin. He also studied at the Conservatoire de Musique de Genève, Switzerland.  He currently serves on the piano faculty at Pacific Lutheran University as well as on the summer faculty of Interlochen Center for the Arts.  He also has his private piano studio in Seattle, Washington and teaches students of all levels and ages.  His students have been prizewinners at competitions and have been well placed in universities and colleges.
Chapman Nyaho’s professional experience includes being a North Carolina Visiting Artist and Associate Professor of Music at the University of Louisiana at Lafayette where he held the Heymann Endowed Professorship and was the recipient of the Distinguished Professor Award.  He has served as Visiting Professor of Piano at Colby College, Maine, Artist-in-Residence at Willamette University, Oregon and piano professor at Adamant Music School, Vermont.
He is an active solo recitalist, duo pianist and chamber musician giving recitals and concerts in Europe, Africa, and the Caribbean and in cities across the United States where he advocates music by composers of African descent.  He actively serves as a regular guest clinician at colleges and universities around the United States. He is also adjudicator for several national and international piano competitions. He has served on national committees for the College Music Society, Music Teachers’ National Association and the National Endowment for the Arts.
As an advocate for music of Africa and its diaspora, Chapman Nyaho’s publications include a five-volume anthology Piano Music of Africa and the African Diaspora published by Oxford University Press. His recordings include Aaron Copland: Music for Two Pianos, Senku:Piano Music by Composers of African Descent and Asa: Piano Music by Composers of African Descent.  He has released a new CD Kete:Piano Music of Africa and the African Diaspora comprising recordings of piano music from volumes 1 & 2 of his anthology.
For more information, visit Nyaho
Labels: African classical piano African music classical piano kete music blog nyaho pianist piano piano blog piano music of africa and the African diaspora senku William chapman nyaho world music