In His Own Words: Peter Donohoe on the need for compassion and courtesy in a time of crisis 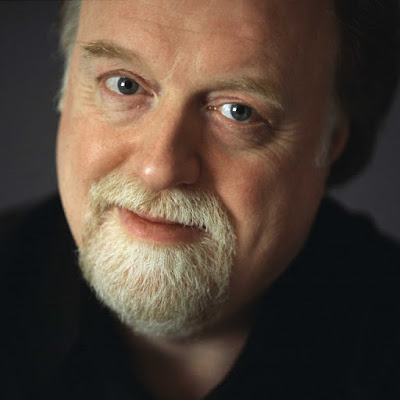 One of the most disheartening things about this stage of the fight against COVID-19 is that the very real questions of how and when to reopen our societies have devolved into partisanship and blame.  I’ve tried (and failed) to sum up my thoughts on this, but nothing I’ve written has been as eloquent as a Facebook post concert pianist Peter Donohoe posted a little over a month ago.  With his permission, I share it with you:

“Words cannot describe the despair that the coronavirus situation will have caused to vast numbers of people, including members of our own music world, its artists, promoters, educators, agents, recording companies - the list goes on and on. That it is a fatal disease for so many is utterly dreadful, and the financial hardship it is causing others is appalling. All we can do is to try to lookout for each other, take seriously the medical and scientific advice given re social-distancing and self-isolation, and try to avoid feeling selfishly inconvenienced by what is the most serious disaster to befall the world for an unimaginable period. Remember that whatever may be wrong with what politicians and others say about this situation, there is no precedent for these times; everything is a leap in the dark for us all, so we must all stick together, stop sniping, and look after as many as we can, in whatever way we can.”

Whatever the new normal will be, we’ve got to look at our lives and our communities and ask, what matters most?  For most of us, it’s the people we love.  It’s compassion and generosity.  It’s truth-telling and beauty.  It’s moving beyond “me, me, me” to humility and community.  It’s choosing to trust ourselves and each other.  It’s choosing to make our families and our communities stronger through acts of kindness and courtesy.  It’s choosing to face our own demons so we have the grace to face the rest of the world with love. Because underneath our fears and all the unknowns, we know that what unites us is stronger than what divides us.
***

In the years since his unprecedented success as Silver Medal winner of the 1982 7th International Tchaikovsky Competition in Moscow, Peter Donohoe has built an extraordinary world-wide  career, encompassing a huge repertoire and over forty years’ experience as a pianist, as well as continually exploring many other avenues in music-making. He is acclaimed as one of the foremost pianists of our time, for his musicianship, stylistic versatility and commanding technique.

Peter Donohoe played with the Berliner Philharmoniker in Sir Simon Rattle’s opening concerts as Music Director.  He has also recently performed with all the major London Orchestras, Royal Concertgebouw, Leipzig Gewandhaus, Munich Philharmonic, Swedish Radio, Orchestre Philharmonique de Radio France, Vienna Symphony and Czech Philharmonic Orchestras. He was an annual visitor to the BBC Proms for seventeen years and has appeared at many other festivals including six consecutive visits as resident artist to the Edinburgh Festival, eleven highly acclaimed appearances at the Bath International Festival, La Roque d’Anthéron in France, and at the Ruhr and Schleswig Holstein Festivals in Germany. In the United States, his appearances have included the Los Angeles Philharmonic, Boston, Chicago, Pittsburgh, Cleveland and Detroit Symphony Orchestras. Since 1984 he has visited all the major Australian Orchestras many times, and since 1989 he has made several major tours of New Zealand with the New Zealand Symphony Orchestra. He has recently returned from a highly acclaimed tour of Argentina with the National Symphony Orchestra of Venezuela.

He has worked with many of the worlds’ greatest conductors including Christoph Eschenbach, Neeme Jarvi, Lorin Maazel, Kurt Masur, Andrew Davis and Yevgeny Svetlanov. More recently he has appeared as soloist with the next generation of excellent conductors such as Gustavo Dudamel, Robin Ticciati and Daniel Harding.
He is a keen chamber musician and performs frequently with the pianist Martin Roscoe.  They have given performances in London and at the Edinburgh Festival and have recorded discs of Gershwin and Rachmaninov.  Other musical partners have included the Maggini Quartet, with whom he has made recordings of several great British chamber works.
In 2001 Naxos released a disc of music by Gerald Finzi, with Peter Donohoe as soloist, the first of a major series of recordings which aims to raise the public's awareness of British piano concerto repertoire through concert performance and recordings. Discs of music by Alan Rawsthorne, Sir Arthur Bliss, Christian Darnton, Alec Rowley, Howard Ferguson, Roberta Gerhard, Kenneth Alwyn, Thomas Pitfield, John Gardner and Hamilton Harty have since been released to great critical acclaim.

Peter Donohoe has made many fine recordings on EMI Records, which have won awards including the Grand Prix International du Disque Liszt for his recording of the Liszt Sonata in B minor and the Gramophone Concerto award for the Tchaikovsky Piano Concerto no. 2.  His recordings of Messiaen with the Netherlands Wind Ensemble for Chandos Records and Litolff for Hyperion have also received widespread acclaim. His recording of Brahms’ 1st Concerto with Svetlanov and the Philharmonia Orchestra was voted best available recording by the US magazine Stereo Review.

He studied at Chetham’s School of Music for seven years, graduated in music at Leeds University, where he studied composition with Alexander Goehr, and the Royal Northern College of Music, studying piano with Derek Wyndham. He then went on to study in Paris with Olivier Messiaen and Yvonne Loriod. His prize-winning performances at the British Liszt Competition in London in 1976, the Bartok-Liszt Piano Competition in Budapest in the same year, and the Leeds International Piano Competition in 1981 helped build a major career in the UK and Europe. Then his activity in the competitive world culminated in the International Tchaikovsky Competition in Moscow in 1982, which shot his name into world-wide prominence. In June 2011 he returned to Moscow as a jury member for the 14th International Tchaikovsky Competition.

He is vice-president of the Birmingham Conservatoire and has been awarded Honorary Doctorates of Music from the Universities of Birmingham, Central England, Warwick, East Anglia, Leicester and The Open University.

Peter Donohoe was awarded a C.B.E. for services to music in the 2010 New Year’s Honours List.