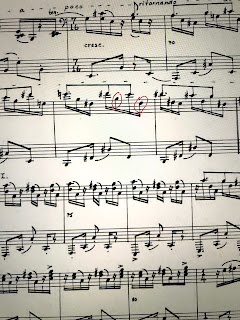 No Dead Guys, a piano blog, is dedicated to new piano music, living composers, and thoughts on the intersection of music and life.  We feature music with a tune-and-a-beat, composers with a sense of humor, and performers with a passion to "unstuff" classical music and make it accessible to everyone. 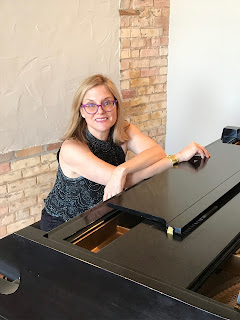 Rhonda (Ringering) Rizzo has crafted a career as a performing and recording pianist and a writer. A specialist in music that borrows from both classical and jazz traditions, Rizzo has released four CDs, Made in America, Oregon Impressions: the Piano Music of Dave Deason, 2 to Tango: Music for Piano Duet, and A Spin on It.  As both a soloist and a collaborative artist, her performances include several allclassical.org international radio broadcasts, Water Music Festival, Central Oregon Symphony, Oregon Chamber Players, Aladdin Theatre, Coaster Theatre, Ernst Bloch Music Festival, Bloedel Reserve, Newport Performing Arts Center, Skamania Performing Arts Series. Her numerous articles have appeared in national and international music magazines, including Pianist Magazine, American Music Teacher, Clavier, Piano & Keyboard, and Flute Talk. Her novel, The Waco Variations, was released in the summer of 2018 and can be found on www.amazon.com.