6 self-defeating practice habits (and how to fix them) 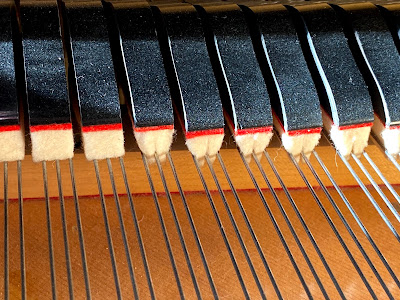 Bad practice habits? I think I had them all. As a piano student, I was a “letter of the law” practicer—in other words, I put my time in, but most of the time I did so without proper attention to detail. The result? It took me forever to learn new music, and even when I thought I had it learned, it contained shaky bits that never felt secure. When I reformed my practice habits, I discovered that it was possible to learn music quickly, securely, and easily.

Effective practicing isn’t complicated, but it requires us to give up one important thing: instant gratification. Almost every bad practice habit comes from a desire to jump over the details and just play the piece. Through my own experience, and also through what I’ve observed in students I’ve worked with, here are the top five bad practice habits, along with some ideas on how to break them.

Learning the notes before the timing

Working on too much at once

We all want to make quick progress, but piano practice is one of the times where less is more. When we voluntarily limit ourselves to working on a small section or two per day, we're more likely to learn these parts more thoroughly than if we try to gulp down large amounts of music in one practice session.

Playing the whole song rather than working on rough spots

I get this one. I mean, I really get it. There’s nothing like getting a new piece and tearing through the music, giddy with excitement. The problem comes when we substitute running through the piece for detailed practice, because this inevitably leads to having spots in the music that we can play well and other places that we can’t play at all. My advice? Tackle the parts you don’t know first and really work on them. Then, as a reward, play through the piece (or the parts you know).

Polishing the part you already know rather than rough spots

This is a favorite choice of perfectionists. Rather than get into sections of the piece they can’t play, they spend their practice time perfecting the parts they already know. As with my last suggestion, the answer to this is to start your practice with the unfamiliar sections. Then, when you’ve drilled them, reward yourself with the parts you already know.

There’s an old adage in music: “an amateur practices until she gets it right; a professional practices until she can’t get it wrong.” Professionals know that if they sail into a difficult section mentally praying that they’ll come through it without a crash, they don’t really know that spot.  Have a place in the music that make you nervous every time you play it? That’s your cue to drill it daily so that the section eventually becomes the most secure spot in the piece. Wishing and hoping—aka magical thinking—never brings musical security.

The reward for developing solid practice habits is the freedom to create moments of beauty at the piano--moment unhampered by insufficient mastery of the notes and timing. I think of it as freedom through discipline. It's a formula that has yet to let me down.