Take it from me: an interview with composer Wendy Edwards Beardall-Norton 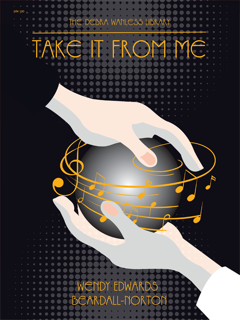 Creativity is ageless. It follows its own path, and visits us in unexpected ways. Creativity laughs at the myth that it deserts us in our later years by choosing to bestow on many people late-in-life surprises and accomplishments. Composer Wendy Edwards Beardall-Norton is one who, while in her 80s, saw a flowering of her compositional talents after a long and successful career as a piano instructor. Encouraged by her husband, composer Christopher Norton, Wendy has released several books of piano solos, as well as vocal pieces. A woman immersed in the richness of a long, well-lived life, Wendy states that "music was, is and always will be, the magic elixir that has been the medium in which my life has flourished!"

It is an honor to interview Wendy for No Dead Guys.  Her beautiful example is a reminder that if we're willing to listen, creativity is our companion at any life stage.

You started playing the piano at age 5. How old were you when you wrote your first composition?

From as far back as I can remember I was always creating little melodies in my head and humming the tunes as I played. I thought this, and my ability to reproduce melodies on the piano keyboard at a very young age, was a universal childhood ability. It was only after I began teaching music many years later that I found that it wasn’t! I was also intrigued with the rhyming and the rhythm of words and phrases and had written a number of poems while still very young. I think that I had composed my first written ‘composition’ at about age 10. This was not an ongoing talent as the urge to write down (rudimentary) music was an interest which was rather far down the list of desirable activities of a very physically active (ballet, sports, etc.) youngster!

You enjoyed a long and successful career as a piano instructor. When did you shift your focus to composition and what prompted you to do so?

Although I continued to compose during the years of my teaching career, it was certainly not my major interest. I had a very full piano teaching practice, and my interest was focused on providing my students with a sound practical and theoretical experience.That left little time or interest in my own compositional pursuits. During that period my love for writing was my creative outlet.

When Chris and I married in 2014 he was certainly aware of my teaching career, but had no idea that I also wrote poems, stories, lyrics. Shortly after we settled in London, U.K., I became much more aware of the immense scope of Chris’s musical pursuits. One of the areas that was fairly new to him was the creation of what was to be called Micromusicals, short stories, accompanied by entertaining songs, tied to the educational curriculum of British schools. At the time we married, six of these had been published by Boosey & Hawkes, Chris’s publisher. As new requests for more material came in, I suggested that I could share with Chris the writing of the story-lines, and the lyrics. This became a pattern over the next four years, with Chris at first doing all of the music, and with me doing much of the writing of ‘librettos’ and lyrics, until I also suggested the melodies for the songs as well as the lyrics. In total we completed 31 Micromusicals, of which three were fully my creation (story-line, melodies and lyrics) with Christopher providing the brilliant arrangements. It wasn’t until moving to Canada that, on Chris’s suggestion, I tried my hand at putting together a book of piano music for Intermediate level students. It was a wonderful day when I held my first published book of piano works in my hands!  Since then I have produced two more books, one published last year and one to be released very shortly.

Which composers have most influenced your compositional style?

I am more influenced by the combinations of sound and rhythm than by any specific composer, but probably, through my years of teaching and exposure to a tremendous variety of compositional styles, there are certain composers who have touched me deeply. I am a Romantic, though Bach, Beethoven, Mozart, and all of their contemporaries touch me deeply. I adore Rachmaninov, Shostakovich, Grieg, and their ilk. Contemporary music--blues, jazz, reggae, you name it--all get my nod. But I really don’t feel that I set out to emulate anyone’s style but my own. I was a dancer for many years, I am often driven by rhythm; always driven by wanting to clearly tell the story--whatever that might be; always trying to avoid going where one thinks I might, in my melody or my rhythm. It must satisfy me first if it is to satisfy the musician playing my music. I think that describes best the type of pieces found in Take it from Me, and Take it from Me Again, and in my new collection, So Here We Are Again (a lyric of one of the pieces in this book - several of the pieces in all 3 books have lyrics which I have written and will be released also as songs.)

Tell me about the pieces in your collections, Take it From Me, and Take it from Me Again. What styles and moods do you explore in these compositions, and who do you find is most interested in playing this music?

I write more for the adult piano student or older teen who might want some non-childhood-type pieces, yet that present appropriate challenges in many which make them educational to learn. This is not to say that many of the pieces would not entice or be fun to play for the younger student. I just want to have repertoire that I think young, and not-so-young adults would enjoy playing!

On your website you state, “I write to express myself, drawing on many influences. I always look for the beauty in the everyday.” How have your past life experiences shaped this outlook on your work today?

Of course my life experiences have been a great influence in my writing--my love of dance; my sorrow at losing a friend to early death; my children and my grandchildren; the beauty and intrigues of life; love and it’s mystiques; holidays; travel; the many, many wonderful students (friends) that I’ve taught over my 40 years of teaching; this brilliant, beautiful, magnificent world we live in!

We live in a culture that is quick to dismiss the contributions of our elders, yet you composed and published your music in your 80s. What gave you the courage to share your voice and musical vision with the world?

I have been unbelievably fortunate that my life, despite many challenges along the way, has allowed me to always believe that there is MORE out there, that every day holds new adventures, as well as challenges. Though I am now 84 plus years old, I certainly have not at any time felt like ‘this is it’, ‘my job here is done’. I am excited by life. I have a wonderful husband who loves me deeply, and who encourages me endlessly. I have amazing children - my 3 sons, and Chris’s son and 2 daughters; wonderful Grandchildren--my 4 in Canada, and Chris’s 6 in the U.K.; a great Sister, and nieces and nephews galore; fabulous relatives and friends all over the world. I feel so fortunate that I have a functioning brain and that I only say ‘Ouch’ to my aches and pains forty or fifty times a day. And that music was, is and always will be, the magic elixir that has been the medium in which my life has flourished! 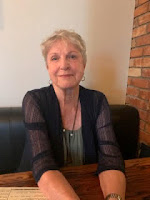 Wendy Edwards Beardall-Norton was born in Toronto, Ontario, and raised in Hamilton. She had her first piano lessons at the age of 5 in Orillia, where she spent every summer during her childhood. Her teacher was Percival Horn. Wendy again studied piano at Loretto Academy in Hamilton, and later attended Westdale Collegiate, where she was fortunate to have an in-depth education in music theory and clarinet performance, along with her academic studies, over a period of five years. Dance and vocal study were also a major part of her musical development. Following her marriage, and the birth of her three sons, Gregory, Cameron and Jeffrey, in Weston, Ontario, music study was put on hold, aside from the purchase of a 'Stella' acoustic guitar, which eventually led to all three sons becoming excellent guitarists! On the family's relocation to Fredericton, New Brunswick, Wendy resumed both piano and theory teaching and study,  mainly with the late Mary MacLean, from whom she learned a great deal about teaching, and from the late Janis Kalnins, former conductor of the Riga Opera Orchestra in Latvia. While living in Fredericton, Wendy was twice President of the Fredericton Music Teachers' Association, and a founding member and president of the Fredericton Music Society. After her first husband Alan's death in 1999, she continued her successful and fulfilling piano and theory teaching and was proud to see her students achieve both academic excellence at the highest levels and also a lasting love of music of all genres. In 2014, Wendy married Christopher Norton and has created, developed and taught his Micromusicals program in many parts of the world. They are contracted by several schools in London, UK, to teach Micromusicals on a thrice-yearly basis, which takes them back to the UK regularly.Though Wendy had been composing sporadically over the years, it is with Christopher’s encouragement that she returned to this endeavour. Wendy and Christopher, after four years in London, UK, now live in Stratford, Ontario, Canada.