Silence: the Space Between the Notes 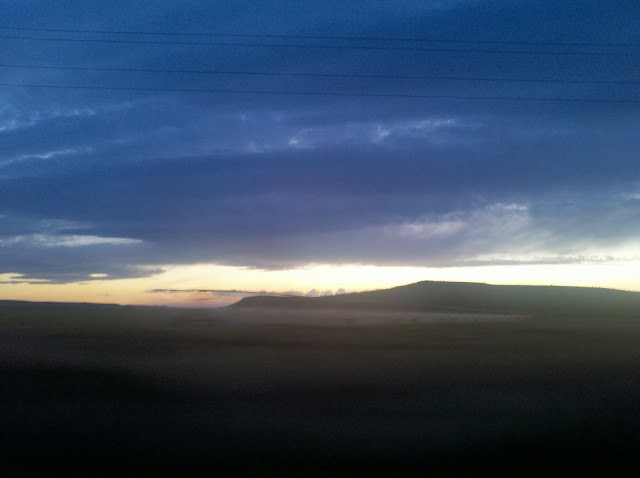 On Steens Mountain in Eastern Oregon, silence is a presence. At the bottom of the mountain, in the little town of Frenchglen, diesel trucks and rustling cottonwood trees provide constant soundtrack; at the summit, wind is strong and loud enough to make conversation difficult.  Partway up the west side of the mountain—nestled into the crevices or arms of the mountain—is where the heart of the mountain’s silence is best heard. In moments between animal scurries or foliage rustling, the silence is the strong, maternal enveloping presence that is like being hugged into the bosom of the mountain. This is no sentimental “Mother’s Day” silence; this is tough love—a silence that will not lie to you or let you hide but hugs you close anyway. Sleeping in that silence is like coming home to a clay cradle, and from the mountain’s arms it seems possible to feel the curvature of the earth.
Actors know the power of the pregnant pause. Artists understand the need for white space. Some musicians play the notes; others play the space between the notes. Masterful artists of any discipline think perhaps the notes or words or space are a way to express the silence and that sound and silence are simply mirror images of the same thing.  But then again, have any notes really ever expressed the nature of silence? Can words or paint or sound ever do more than hint at the eternal silence that is the foundation of everything—the silence of earth and rock and empty space. After all, the Earth is simply a spinning marble of clay in a sea of silence older than time.
We light a candle to banish the dark and we speak to dispel the silence. We write symphonies and play concerts and make movies and write books.We trade goods and make products and move fast and travel far. In the first world we are swaddled in light and sound; it is not surprising that most young children fear dark and quiet rooms. All of us know that monsters lurk just beneath the surface of the web of activity we call normal life. We’ve broken the speed of sound but barely scratched the surface of silence. Could it be that all any of our art and productivity amounts to is a scared “Is anybody out there?” whispered in moments when we enter those dark, silent rooms.
Maybe the best we can hope for is that in capturing a few words or notes, we can capture some essence of silence—like seeing a reflection of the moon in a bowl of water. It may be just a few drops, but perhaps that is all we can tolerate; not many of us are brave enough to stare down the barrel of the anonymity of true silence, but we get as close as we dare. We sit on the side of the mountain and feel kinship with the sound of the wind in the cottonwood trees or the call of birds. We tolerate the tensions of silence when bracketed by notes, words, or animal rustles because those sounds remind us that even when the silence is scary, we never face it alone.
Labels: meditation music music blog piano blog silence solitude