Both statements—one made by a classical pianist and the other by a jazz pianist—were dismissive and both were directed the same piece of music:  Claude Bolling’s Suite for Two Pianos, Bass, and Drums. It was my first (but certainly not my last) introduction to music category purists’ approach music that ignores style boundaries.

When it comes to musical categories, what’s in a name?  What makes something “classical” as opposed to “jazz” or “new age” or “popular”?  Where do we put composers such as Claude Bolling (or George Gershwin or Leonard Bernstein, or hundreds of other composers) who through the sheer exuberance of their style refuse to be defined by external descriptions or boundaries?  Who makes these distinctions and just how important are they to the general listening audience? More importantly, how much great music are we avoiding because we’ve specialized in one discipline or another?

Pianists enjoy a banquet of musical choices, and “good” music can be found in nearly every musical category.  A great number of today’s composers have freed themselves from the shackles of lock-step compositional techniques and now happily include sounds and styles from all over the world.  They are the true pathfinders—my guides out of the rigid “shoulds” of adhering to just one style of music.  These composers—such as Jason Heald, who wrote both the art song and torch ballad featured in this post—remind me that serving the muse frequently means breaking the rules.

("The Secret" by Jason Heald)

There are many examples of pianists who have made this leap.  Joanna Macgregor, for example, plays everything from Purcell to Thelonious Monk,  improvises, and composes.  When recently featured in The Economist for her work as Artistic Director of Darlington International Summer School, Ms MacGregor spoke of moving “beyond music’s era of specialization”, stating that musicians are “keen to break out of those silos; as are their listeners.”

I’m beginning to suspect that the labels matter more to us than to our listening audience.  Since the days of Schumann’s Davidsbündler, musicians have sought to separate the purists from the “Philistines.” Most music lovers aren’t that concerned about it.  They—then and now—want to hear music that moves them.  They want music that takes them out of themselves—something that speaks deeply to them.

A pianist friend of mine once described classical piano repertoire as “museum music.” I’m not as willing as she is to dismiss the gorgeous music of the past.  I did, however, take a long look at the repertoire I’m drawn to play and record and I decided to stop labeling myself a “classical” pianist because I play many different styles of music.  There’s freedom in throwing off stylistic labels and letting my curiosity drive me to the music I choose to learn.

In the end, it’s the immortal Duke Ellington who best summed up the question of musical styles when he said,

“There are simply two kinds of music, good music and the other kind ... the only yardstick by which the result should be judged is simply that of how it sounds. If it sounds good it's successful; if it doesn't it has failed.” 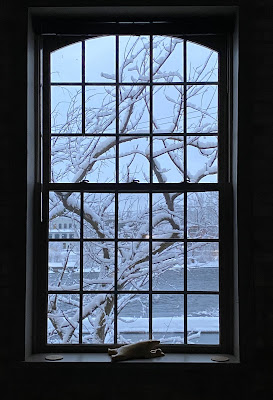 In the Worst of Times: Playing the Piano When Your Life Falls Apart

Rhonda Rizzo
I'm a writer, the author of "The Waco Variations, a novel," and a former performing and recording pianist. I love great food, good wine, and baseball and I live to travel.