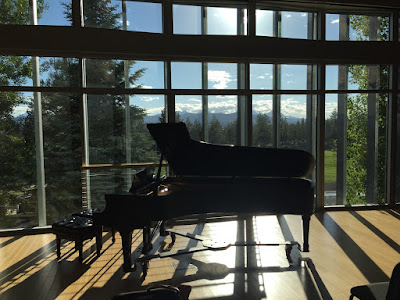 This is a post that has been years in the making.  Whether in Portland, Oregon or my new home (Appleton, WI), whether the performers are classical or jazz musicians, the same distressing pattern has become wearingly familiar: musicians who “phone in” performances.  This isn’t about mistakes or memory slips—those are human and forgivable.  This is about an attitude many big market players have about performing in small cities. This is about the insultingly dismissive approach these performers take to the music and the audience because they’re in “the provinces.”

After years of enduring at least one of these indifferent performances per year, I’ve stopped wondering why these players feel we’re not worth the effort of a passionate performance and have moved on to being angered by their dismissiveness.  Many times, this lack of care is hidden behind flashy (and meaningless) gestures and dressed up in sparkly gowns.  But putting lipstick on a pig doesn’t change the pig.

Yes, we “rubes” applaud.  Sometimes we even greet you warmly after the concert.  But when we leave the concert hall empty because you dished out plenty of notes but no substance, we’re disappointed and frustrated.  We may be “gray hairs” living far away from a major metropolis, but we know when you’re faking it and we resent it.  We hear your condescension and indifference just as loudly as we hear the notes you play.  As a fellow performer, I know that “off”nights happen, but bored (and boring) note recitation?  Unforgivable!

Play like you give a damn!  Play like it’s oxygen.  Play like it’s Carnegie Hall even when it’s a nondescript church hall.  If an audience full of “gray hairs” doesn’t inspire this sort of playing, do it for the music.  Give that music the passion it deserves.  And your small-market audience?  We’ll love you for it.

It’s a privilege to perform for an audience, however humble.  It’s a privilege to entertain those who have chosen to spend an hour or more of their precious time listening to you.  Taking listeners for granted and drenching them in boring playing not only does you a disservice—it potentially affects people’s choice to attend another concert like yours.