Fiddling While Rome is burning: online piano lessons in a global pandemic 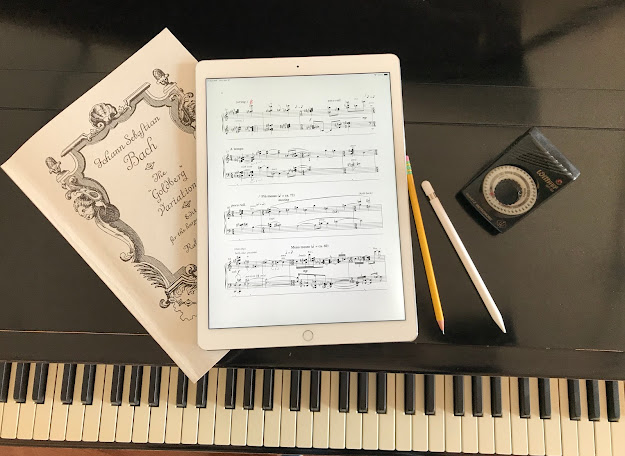 Online lessons.  While most teachers are grateful for a way to continue to make a living, most agree that virtual lessons  are both a blessing and a curse.  In this wincingly funny glimpse into one piano lesson, pianist, instructor, and author Amy Boyes shares a snapshot of what every teacher, everywhere has experienced at least once since the pandemic started.
*****

“Jason!” I shout into my laptop.

Midway through a piece called “Passepied,” ten-year-old Jason doesn’t hear me. He plays piano with his head down, completely focused on the sixteenth note passagework. I wish Jason would be that focused in a recital when a sneeze from the back row of the auditorium throws him off. But I’ve only asked Jason to play right hand, measures nine to eleven, and Jason is playing both hands well past measure twenty, even as severed melodic phrases pile up, causalities of a hastily executed performance.

“Jason!” I shout again, this time catching him when the left-hand part is silent for a few measures. In that brief moment of reduced sound output, Jason’s video conferencing software allows my voice to carry freely into his living room. Jason’s head whips up as my voice echoes twice as loudly as necessary. He even jumps, startled by the ferocity of my yell.

“Just right-hand measures nine to eleven, please,” I say in a normal voice. “No more than that.”

Unfortunately, my video conferencing software determined that my shouting voice was the standard level of volume for my microphone and my normal voice is now transmitted to Jason at a whisper.

“Just right-hand measures nine to eleven,” I yell and hear myself echo off of Jason’s living room walls again.

Jason returns to the keyboard. He plays hands together but at least he stops at measure eleven.

“Okay, Jason,” I say, sharing the score on my screen, “do you see how these measures hold one, continuous phrase for your right hand?” I use my electric pen to draw a perky magenta slur.

Dead silence from Jason. Not a flicker of acknowledgement, never mind agreement, wavers over his face.

“Well, what do you

mean?” I press. “Do you see the phrase marking I’ve written in the score on the screen or not?”

“No,” he says. “I can’t see my computer monitor from where I’m sitting.”

I swallow back frustration. This is our tenth week of online lessons since the COVID-19 pandemic forced us to stop in-person lessons. Why is Jason’s computer not set up to allow him to see the monitor from the piano bench?

“Can you move the monitor?” I ask under my breath, willing myself to be calm.

“Can you move the monitor so you can see it from the piano bench?” I yell.

Jason gets up and begins adjusting his device. His external camera falls off the top of the computer monitor taking me for a quick descent towards the floor. Ceiling, lamp, Jason’s knee clad in pilly sweatpants—everything flies past in a quick blur. The camera eventually settles upside down, swinging gently by the cord, giving me a rather unexpected, if not inverted, view of Jason’s living room.

“Whoops,” Jason mutters as he maneuvers monitor and mouse, printer paper and empty coffee mug. There is a great deal of clatter, the strange, unidentified noises typical of online video conferencing. What is he doing to make that noise? One wonders.

Suddenly, the camera is righted and I’m plopped back on top of the computer.

“How’s that?” Jason asks, returning the piano bench. He appears at a thirty-degree angle, tilting forward towards the piano as if he’ll catapult himself into the music stand at any moment.

“The pink slur I wrote?”

“Yeah,” Jason says. “It’s already in my book. You had me write it last week.”

Jason sits forward, nose only inches from the score, the image made more ridiculous by the angle of his camera. He plays the phrase hesitantly, still with the gaps in the legato line.

“I see the problem!” I exclaim, squinting into my laptop. “You started with finger three instead of four. Start with a four and everything will work out.”

Jason does as I ask and the phrase spins out smoothly, just like poor Kirnberger intended.

“Perfect!” I cheer. “Now circle the finger four so you remember for next time.”

Jason looks around him in a panic. “I don’t have a pencil,” he says.

“It’s always a good idea to keep a pencil at the instrument,” I say like a good teacher. “Can you go find one?”

Jason nods. “I think I might know where one is,” he says, disappearing from view.

My cell phone lies on the desk beside me. Instead of closing my eyes for two seconds of peace while Jason hunts down an elusive No. 2 lead, I flip open a news app. The headlines are awful.

One hundred thousand Americans are now dead from the virus. Seven thousand Canadians. Canada’s federal budget deficit will soar this year, probably well over $250 billion. Airlines fear a decade-long recovery. Unemployment hasn’t been this high since the Dirty Thirties. Whole industry sectors are damaged, perhaps beyond repair. Anyone need a travel agent or a waitress these days? Didn’t think so.

I sigh and tell myself I should be grateful to be employed. Not one of my students cancelled music lessons because of online teaching. I’m even filling extra music theory classes with students whose lives are on hold, all their normal activities cancelled. Parents appreciate the consistency and stability of continued music lessons. They are happy to pay for them. And pay they do.

But I’m weary. I’m tired of the shouting. The dropped cameras. The poor internet connections. The poor tone quality of online calls. The inability to reach through the camera and adjust a student’s hand position.

And I’m tired of seeing the social media posts of colleagues advertising online concerts. I wish them all well, but no, I don’t want to listen to anyone on a screen anymore. Online performances are just boring.

There. I said it. Online performances are boring. Static. Artificial.

So, for what am I training my students? A dead world of online performances because we’re afraid to pile into concert halls and breathe each other's exhalation in our social-distanced world? Why are we perfecting our craft as musicians? Caring about a legato phrase in an obscure Baroque dance written by someone who lived two-hundred and fifty years ago? What is the relevance? If all performances are online, why don’t we just pull up a performance on YouTube and skip the bother of plunking it out ourselves?

Jason returns, pencil in hand. He circles the finger four marking then turns to the camera. “Do you want to hear something?” he asks.

“Sure,” I say, living dangerously.

Jason shuts his score and starts playing by memory. From beginning to end, he whips through “Passepied” at top speed.

There are broken phrases everywhere and I don’t think the most fleet-footed dancer in the court of Frederick II of Prussia could have kept up, but Jason is having the time of his life. He finishes with a flourish, perhaps even an ill-placed accent on the final note, a grin on his face.

“What ya think?” he asks and I chuckle, shaking my head.

“I can play all my pieces at that speed!” Jason says triumphantly. “I’ve got lots of time to practice these days.”

“Jason,” I say, folding my hands. “I’m glad you’ve worked so hard that you can play your pieces at maximum tempo by memory. Also, I have some different repertoire in mind for you that isn’t as detailed. You’ll be to can learn it quickly and play it fast.”

I make a mental note to hunt down the score of “Wipe Out.”

“However, this piece is different. This piece has many details, many moments that we need to carefully shape and style. The composer, a curly-wigged chap called Johann Christoph Kirnberger, was a student of the great Johann Sebastian Bach. But more than that, Kirnberger was a lifelong student. A year’s study with Bach, another year with a different great master—he was continually improving. And he was well into his thirties before he got his best jobs—violinist in the court of Frederick II and, later, music teacher to Princess Anna Amalia, Frederick’s sister.”

Jason looks bored out of his mind, but he sits quietly and listens.

“I don’t know what your future holds, if piano playing will make up a large or small part of your life, but I do know that you have a golden opportunity right now. You have time to study and improve your playing. I know that no one dances a passepied anymore—well, except for that re-enactment dance troupe we saw on YouTube.”

“The ones with the fancy outfits and feathers straight out the tops of their heads?”

“Yeah, those guys. But when we study the arts and culture of the past, we learn something about those people. Like the fact that two-hundred and fifty years ago, just like today, people liked to get together and dance. They didn’t want to sit at home by themselves.”

Jason nods. “I’m getting tired of it too.”

“And musicians who care about their craft play better and learn things faster, even if they don’t grow up to be working musicians. Scientists tell us that the skills we learn in music transfer well to other fields like creative solutions and problem-solving.”

“Okay,” Jason says, not outrageously moved by my speech.

“So, Jason, we’re going to work this piece, one phrase at a time, until it’s the smoothest, most elegant performance you’ve ever made. I know learning online is a pain, but it doesn’t matter. Because one day, this virus is going to be over and you will play this piece to a hall full of people, and they will love it. Or you can keep playing it for your own enjoyment. Either way, we’re going to learn piece this well.”

Jason grins. “I knew you were going to say all that.” 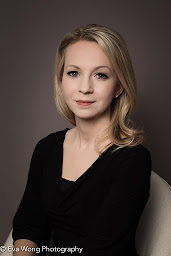 Amy Boyes maintains a busy music studio in Ottawa, Ontario. She holds performance and teaching diplomas from the Royal Conservatory of Music (RCM) and Trinity College (UK), and music degrees from Brandon University (B Mus) and the University of Alberta (M Mus). She enjoys connecting with young musicians throughout the country as a music festival adjudicator and music examiner for the Royal Conservatory of Music.

Although a musician and educator by trade, Amy tries to carve out a few minutes every day for writing. Her work can be found in the American Music Teachers’ Magazine, Piano Magazine, the Canadian Music Teachers’ Magazine and the Humber Literary Review. Her first book, “Micro Miracle,” was published by Signature Editions in 2019. For more information, visit her website, www.amyboyes-pianostudio.com